This is my blog containing trip reports and information on the lakes and Rivers my boys and I have canoed in Nova Scotia, Canada.  I decided to sart the blog as a resource to fellow paddlers as i have often met some frustration being a newcomer to NS trying to find suitable multi day canoe/camping trips in Nova Scotia. Description: One of the longest lakes in Nova Scotia this is a real gem of a lake for wildeness canoeing just outside Windsor, NS

Camping: Hard to find due to tree line coming almost up to the water but you will find some nice spots.

Fishing: Trout and bass (only ever caught bass from the shore myself)

Ever since moving to Nova Scotia in 2011 my boys and i have made an annual trip down Panuke Lake (Pawn-uck as the locals call it) due to it's semi remoteness and just overall beauty.  I have canoed several Algonquin Park Lakes and Keji and after a few hours on Panuke, especially once the cottages thin out about 1/2 way down and after the motor boats have retired for the evening, the remoteness and tranquility found on Panuke is magestic and you will hardly notice you are just 20 minutes from Halifax.

Starting at the public boat launch at the end of Panuke Road this 30 km lake, the longest in Nova Scotia, the boys and I usually paddle down the right side of the lake sticking close to shore to avoid boater traffic and swells however once you hit the power lines if you detour left you will find "Gazebo rock" a free use gazebo built on a small island with BBQ, bench, seats and a donation box for the upkeep of the gazebo - COOL and worth checking out.  At 30 km this lake takes me and my boys approximately 6-8 hours depending on our motivation but we traditionally make camp about 2 hours into our paddle as we have a preferred spot we like to think of as "our own".  About 1:30 to 2 hours in depending on your pace the Nova Scotia power lines crossing the lake will indicate your 1/2 to 1/3 mark and a bit of thinning out of the cottages.

Panuke sports the typical Nova Scotia shore line, tree's and rock lined almost right to the waters edge meaning camping spots will take the keen eye of your spotter but there are many to be had.  From camp the views are breath taking and the lake becomes tranquil at night allowing you to relax around your camp fire, swim during the day, and catch some nice sized bass rom shore.

Rumour has it there is an abandoned cotage "free" for use for the weary paddler but i have not personally confirmed this.

Conclusion: Panuke Lake is a must paddle for any Paddler who has yet to experiance it and although cottage and boater heavy still has a wilderness element that is becoming more and more rare in Nova Scotia. 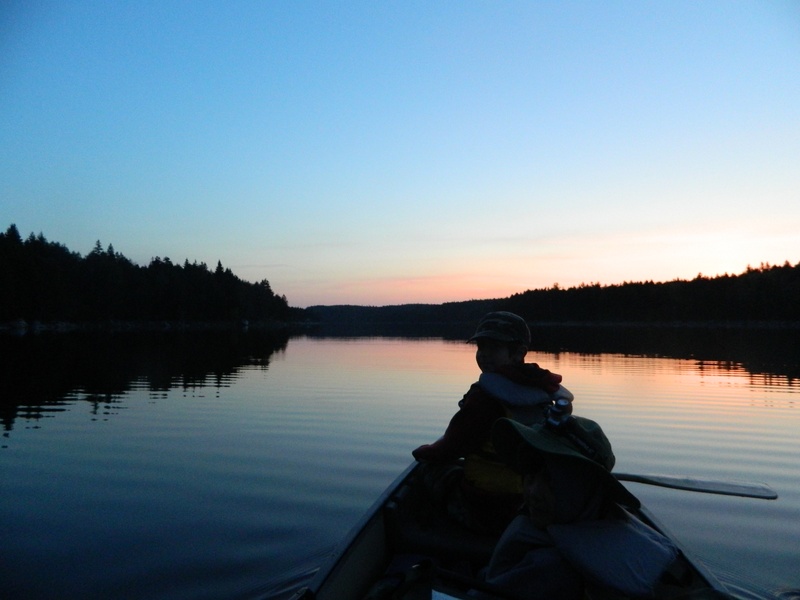